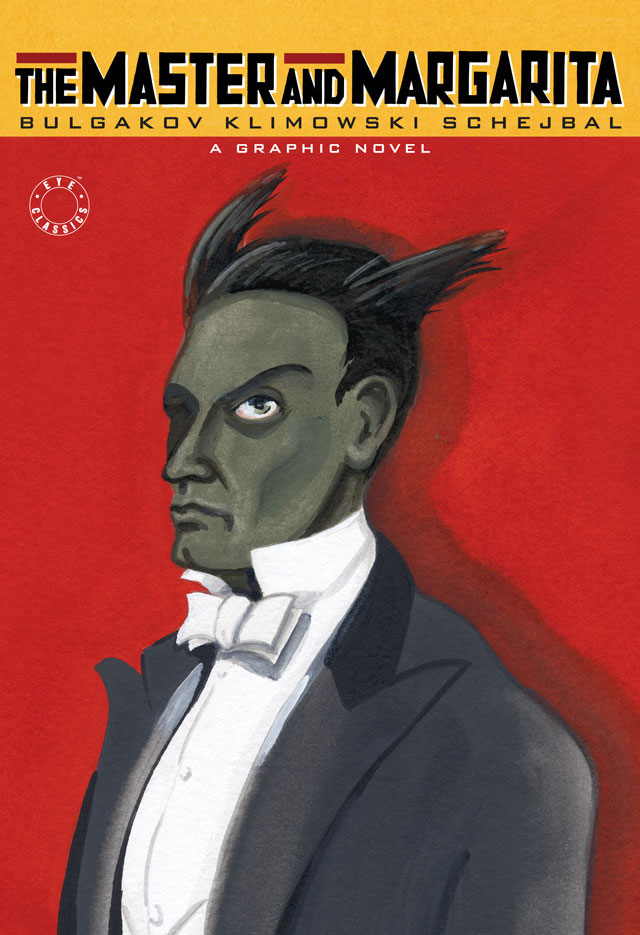 The Master and Margarita

The Master and Margarita, beautifully painted in this stunning graphic novel, follows the Devil and his retinue as they systematically wreak havoc in Moscow. Caught up in the chaos are two lovers: the Master, a writer broken by criticisms of his novel about Pontius Pilate, and Margarita, for whom the Devil has his own plans.

Initially banned by the very bureaucracy it criticised, Bulgakov's satirical novel comes to life in this new adaptation. Mixing absurdity and erudition, it depicts fantastical events with a macabre humour, contrasting mischief and murder with humility and love. 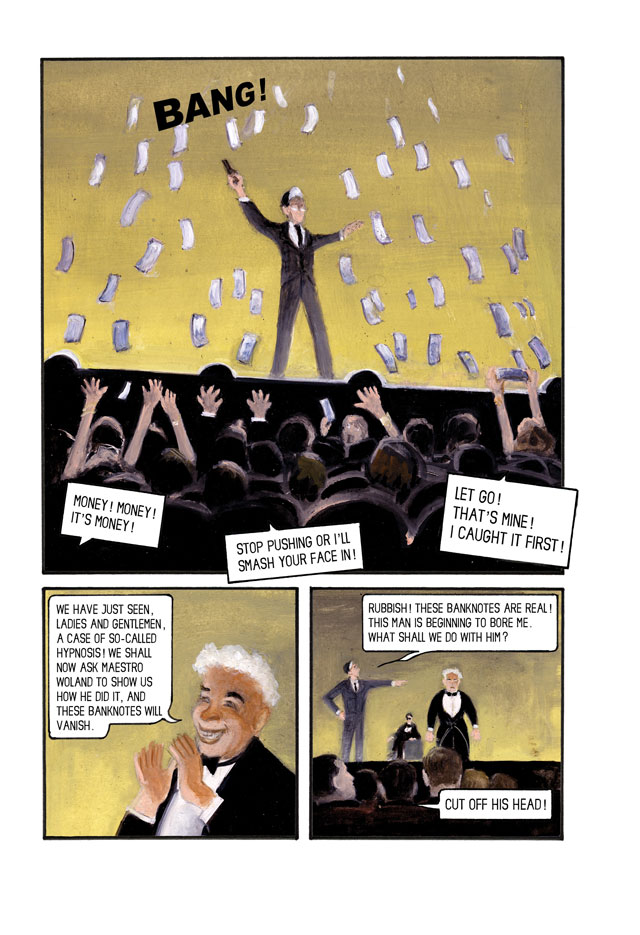 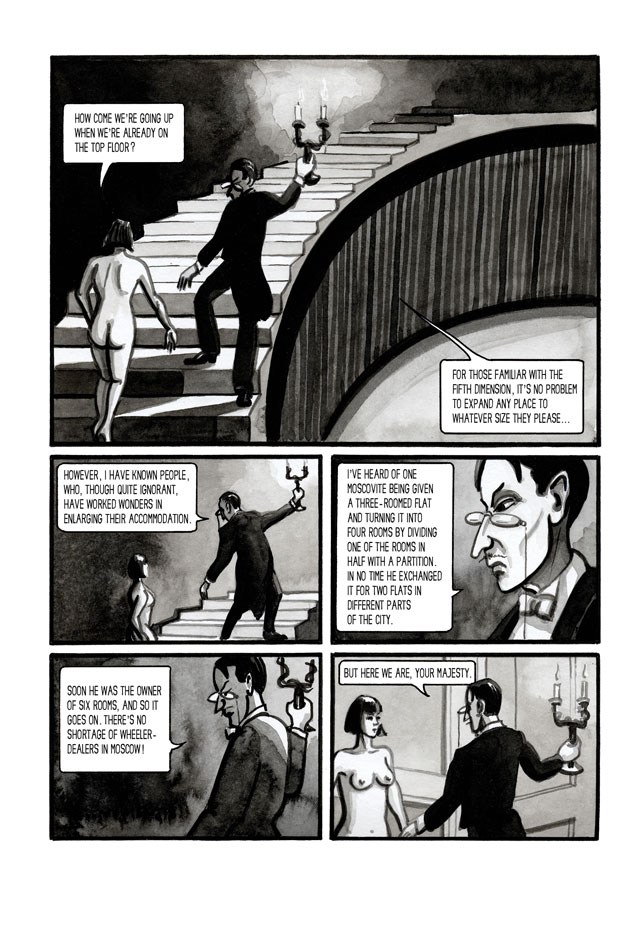 "[It] should be on every designer's Christmas list."
— Design Week
"Klimowski remains one of the great illustrators of our time and this book takes him to new territory... Here he seems to be a preternatural master of the graphic novel form. Klimowski and Schejbal's book is a rare work that manages to be both its own thing and a wonderful introduction to Bulgakov's masterpiece."
— The Times
"Majestic art."
— The Guardian