The Dancing Plague tells a true story, from 1518, when hundreds of inhabitants of Strasbourg were suddenly seized by the strange and unstoppable compulsion to dance, from the imagined perspective of Mary, one of its witnesses. Prone to mystic visions as a child, betrayed in the convent to which she flees, then abused by her loutish husband, Mary endures her life as an oppressed and ultimately scapegoated woman with courage, strength, and inspiring beauty.

As difficult to interpret now (as a psychological reaction to social injustice?) as it was then (as a collective demonic possession?), the story of the “Dancing Plague” finds suitably extraordinary expression in the utterly unique mixed-media style Gareth Brookes has devised to tell it. The pioneering blend of his trademark “pyrographic” technique with sumptuously colourful (and literal) embroidery perfectly reflects, in a beautiful work of art, the enduring fragility of our human condition – from “choreomania” to coronavirus. 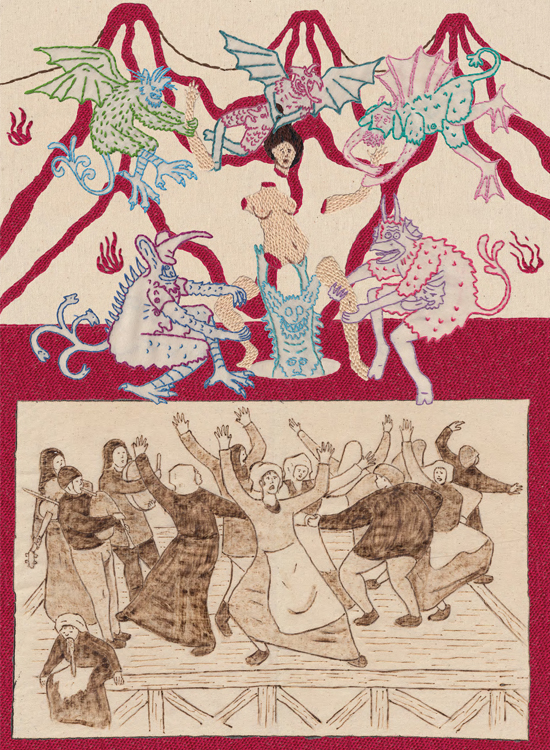 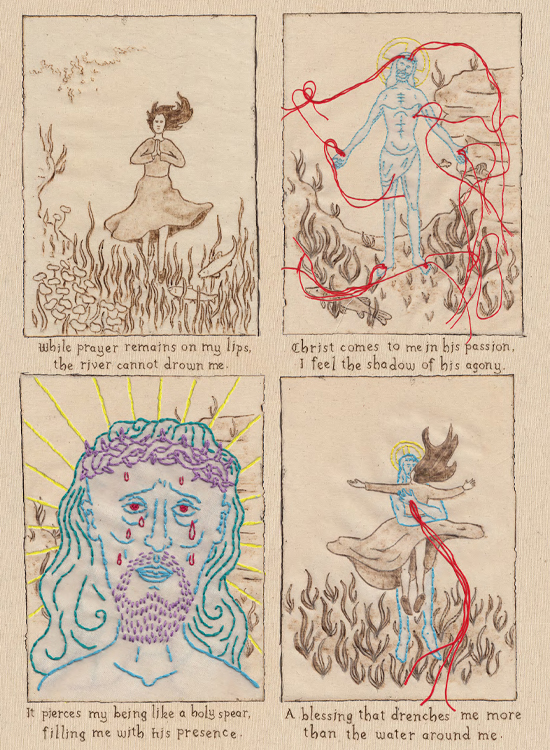 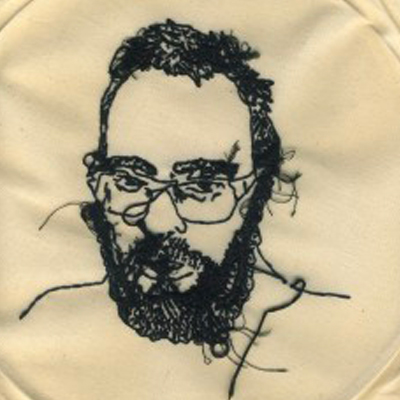 Gareth Brookes studied printmaking at the Royal College of Art. His graphic novels include A Thousand Coloured Castles (2017) and The Black Project, which was nominated for an award at the Angoulême International Comics Festival, 2018. His work has appeared in ArtReview, been published by Kuš, and was included in the “Comics Unmasked” exhibition at the British Library in 2014. 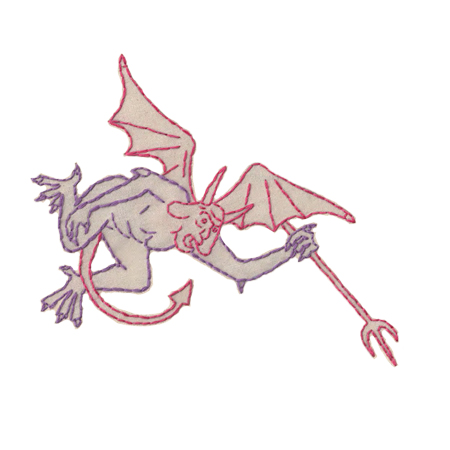 "Brookes presents a supernatural interpretation of this unexplainable event. Coupled with his individualistic embroidery type art, this really is a standout graphic novel."
— Pipedream Comics
"Exquisite, excruciating and exceptional."
— Paul Gravett
"One of the most surprising comics creators working anywhere in the world."
— Dylan Horrocks
"I enjoyed his weirdness."
— Will Self
"Utterly bizarre and quite brilliant."
— Steve Bell
"This is a book many readers will return to and find freshly nuanced detail in every time, alongside a commentary on both the world half a millennium past and, inevitably, our contemporary pandemic-stricken times."
— The Morning Star
"The Dancing Plague is a stunning work in comics, a graphic novel that’s a unique and incredibly well-crafted thing. Brookes’ mixed-media approach expertly tells a version of history from the ground up, through the bizarre events of the dancing plague, that results in a visionary piece of work on visions, the human condition, and more."
— Comicon
"This is another graphic triumph no fan of the medium or social redeemer should miss."
— Now Read This!