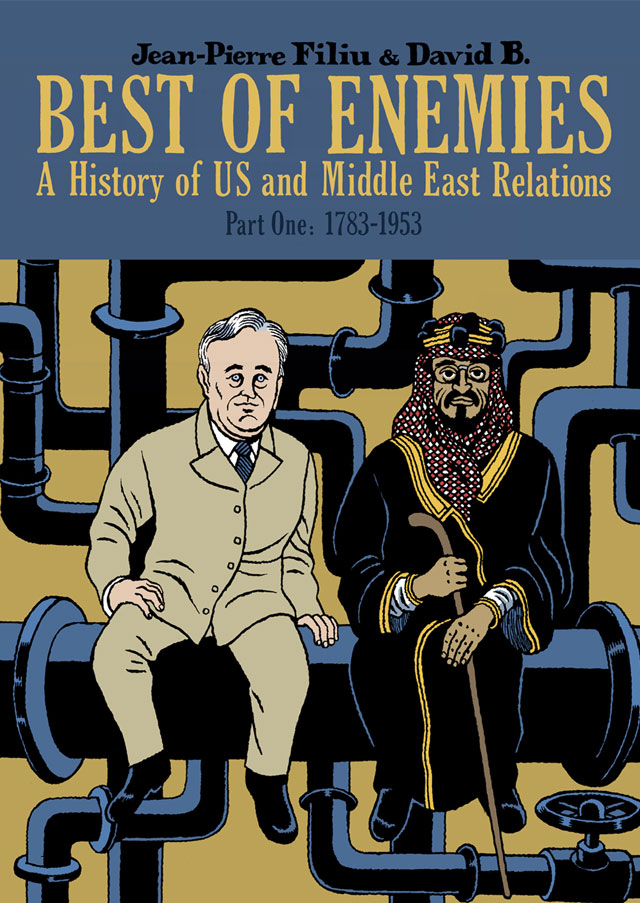 Art by David B.

It was an American who first described the 'Barbary' lands of the Mediterranean basin as 'the Middle East' – a region by which America, ever since its own revolutionary foundation, has always measured its power.

Acclaimed historian Jean-Pierre Filiu and award-winning artist David B. here tell the story of the blockades, broadsides and betrayals of this foreign affair – a wary co-dependency that, from the Epic of Gilgamesh to the Eisenhower era, and from gold to oil, has continued to define our modern world. 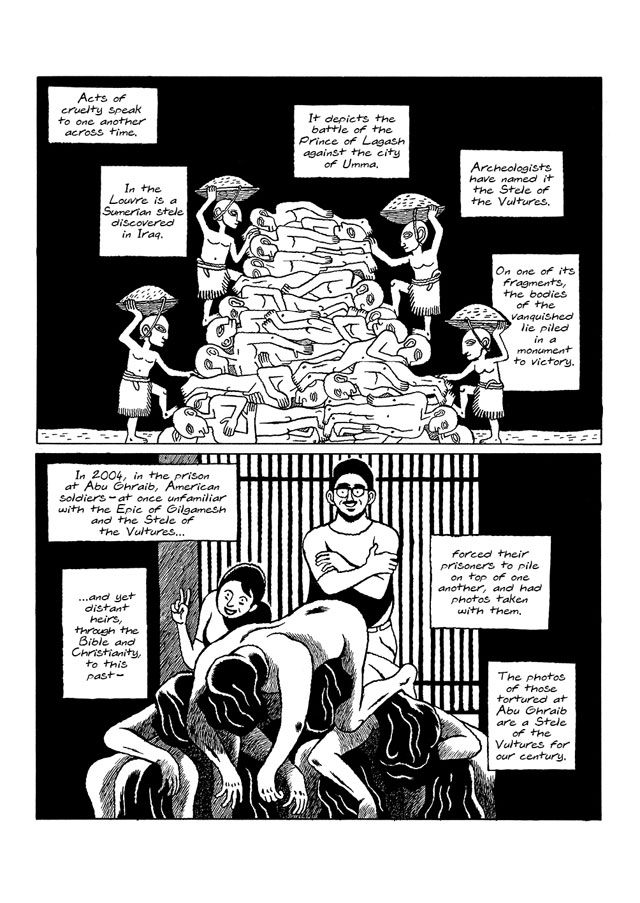 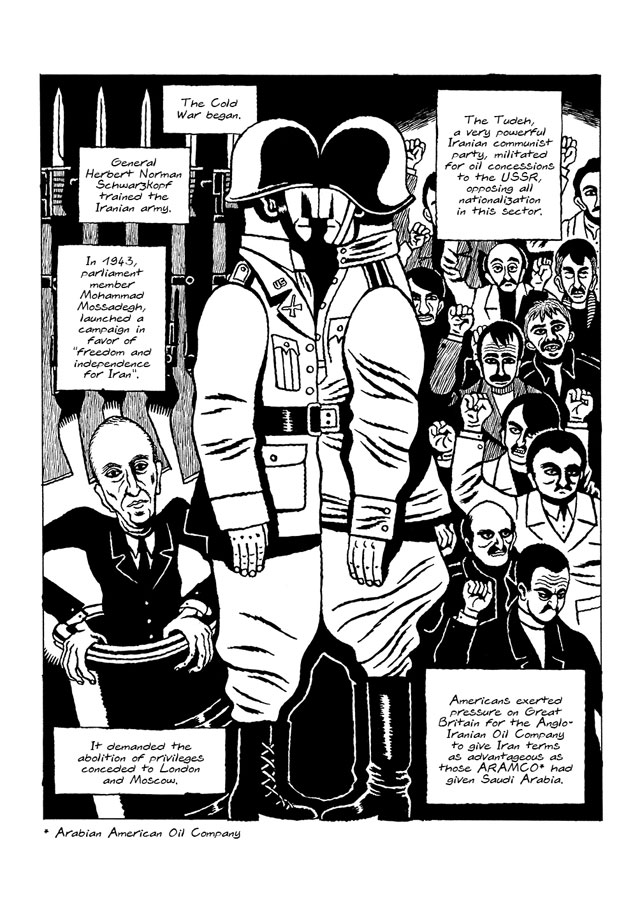 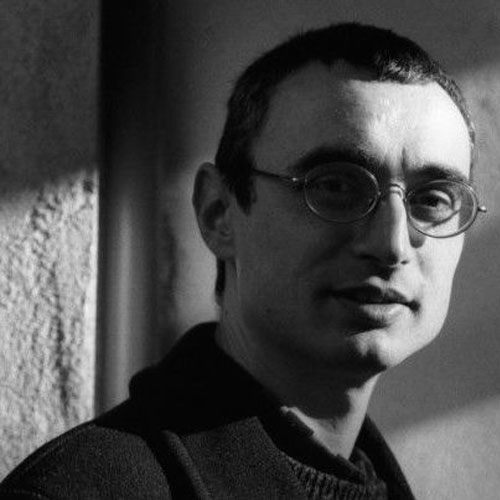 David B. is the Eisner-nominated author of Epileptic, an autobiographical story widely considered a masterpiece of the graphic novel medium. A founding member of the revolutionary French independent publisher L'Association, he is regarded as a giant among Bandes Dessinées artists. His many prizes include the Prix de Cheverny, the Ignatz Award and the Best Comic Book prize at the Angoulême International Comics Festival. His books include the graphic novels Black Paths and Best of Enemies (with Jean-Pierre Filiu). 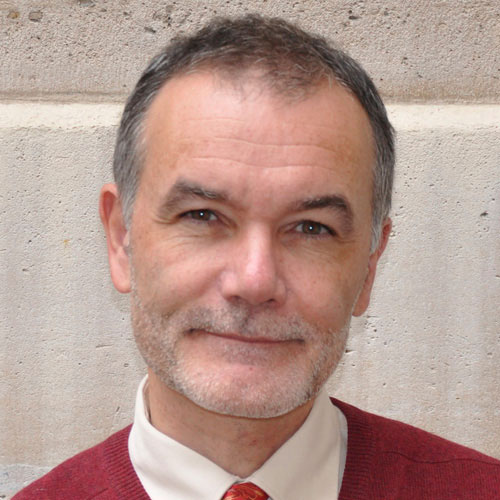 Jean-Pierre Filiu, a historian and an arabist, is professor at Sciences Po, Paris School of International Affairs (PSIA). After an extensive career in the Middle East, first with NGOs, then as a diplomat, he has held visiting professorships both at Columbia (New York) and at Georgetown (Washington). His Apocalypse in Islam (University of California Press, 2011) was awarded the main prize by the French History Convention. His works and articles about contemporary Islam have been published in a dozen languages. His most recent book is Arab Revolution: Ten Lessons from the Democratic Uprising (Hurst, London, and Oxford University Press, New York).

"This timely, beautifully drawn account provides a wonderfully involving history lesson."
— The Guardian
"Jean-Pierre Filiu and David B.'s Best of Enemies is that rare hat-trick: instructive, acerbic, very smart."
— The Times
"Filiu scythes through the six-day war, the Iranian revolution and the war in Lebanon with the greatest of ease, his accounts of their complexities so nimble they should be required reading for all new employees at the State Department and Foreign Office alike."
— The Observer